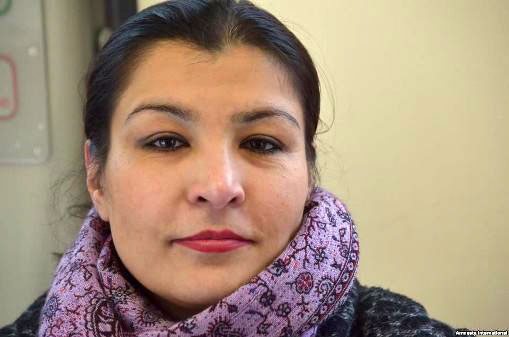 Horia Musadiq Horia's life started with war. She was born in 1973, just a few years before the Soviet invasion of Afghanistan which triggered the decades of conflict that have gripped her home country ever since. She is now an Afghanistan Researcher with Amnesty International and in 2015 was awarded the Afghanistan Simurgh Human Rights Award by the Arman Shahr Foundation which is an annual prize given to a human rights defender who has done exceptional work.

Horia has many memories from the 1980s when Afghanistan descended into chaos, most of them bad. She saw her father pay off Mujahedin commanders simply so they wouldn't harm his children because they were going to school. He quit his government job, unable to continue working for a regime that so flagrantly violated human rights. Her male class mates were forced into the military from the age of 16. The war killed students, teachers, Civil Servants and ordinary Afghans.

In school she started speaking out against the policies of the Russian-backed government, until one of her teachers took me aside to tell her that her opinions could cost Horia her education, freedom, or worse. In 1993, her worst nightmare came true when a rocket hit her home and killed her brother.

When the Taliban seized control of Afghanistan in 1996, they were welcomed by many war-weary Afghans who wanted nothing but stability and peace. Instead, even more repression followed. Once, Horia was severely beaten by one of the Taliban's Vice and Virtue police officers simply for lifting her burqa to look at a piece of fabric. She fled to Pakistan in 1995, where she worked as a journalist for an international news agency, filing numerous reports about the atrocities the Taliban and other armed groups were committing.

After the US-led invasion of Afghanistan in 2001 that toppled the Taliban, Horia returned to the country. She continued her work as a journalist, documenting human rights abuses. Despite the countless threats she has received, she never gave up her struggle to tell the truth. She also established the first War Victims Network in Afghanistan, giving survivors a chance to tell their stories in local media and organised demonstrations to call for truth and justice.