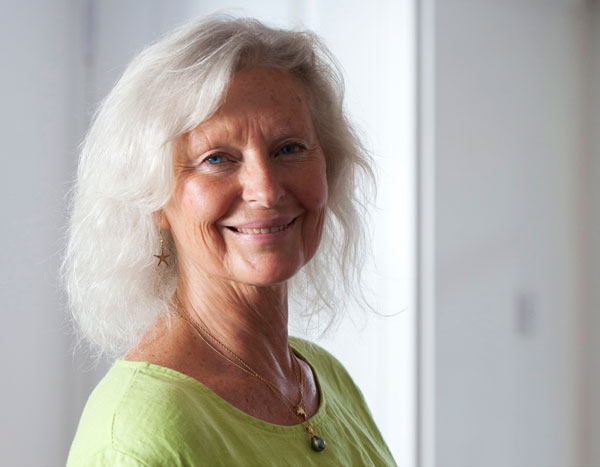 Maxine Harrison was born and brought up in Africa. At the age of 17, Maxine spent 6 months in Paris studying and teaching English then moved to the UK at 18. She landed a job in the film business as PA to a producer and her first marriage was to a very wealthy entrepreneur, much older than herself which lasted only a year - but what a year!

At 23, Maxine then decided to travel and spent 6 months living in the Caribbean before returning to the UK, working in the music business, firstly in music management and then in publishing and A&R. She married a musician and managed his career for about 5 years which took her touring around Europe and America. She also ran a production company, producing music for advertising commercials and then the marriage ended (Rock 'n Roll!) and once more Maxine was back on her own.

1986, and now 32 years old, she spent a year in Cliff Richard's organization before hidden and long-stored up grief took its toll and illness and alcoholism stopped her in her tracks. A year of treatment, therapy and hard work followed to get back on her feet.

Maxine married again, and on the birth of her first son decided that she had to find a way to earn a living and be a mum at the same time. She started her business in 1990, Elysian Holidays, which grew from letting her own and a few other houses on a Greek island to a business that, by 2013, let over 150 villas around the world and winning an award from Conde Nast Traveller (USA) as one of the top villas specialists in the world.

Maxine then followed one of her other dreams and returned to Africa as a volunteer for a Homeopathic charity. She spent a year in Swaziland and then returned to the UK in Jan 2015 to sell her house and return to Africa. However, the Universe had other plans for her and she found herself buying 3000 square feet of run-down warehouse and flat in Rye, South East England. The idea for a Holistic Centre came to her in a flash whilst looking around the building and, 18 months later, after a major building project, The Elysian Centre was launched. After all her years of travelling around the world Maxine has finally found somewhere she really belongs.