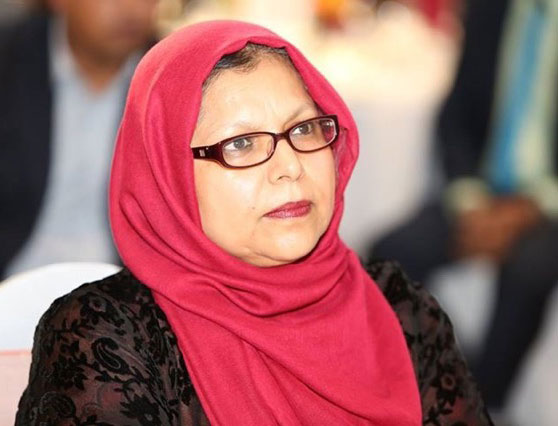 Baroness Uddin is a British life Peer (member of the Upper House of the UK Parliament) and community activist of Bangladeshi descent. She is the first Muslim and second Asian woman to sit in the UK Parliament. In 2009 she was included on The Guardian's Muslim Women Power list for Britain.

Baroness Uddin moved with her parents to the UK in 1973 when she was 13 and she grew up in the East End of London. She started her professional career by creating and leading community working groups in the late 1970s. She was invited to the House of Lords for her contribution to the advancement of women and disability rights. She has received a national and international reputation as a leader in promoting women's equal right, including human rights, in Britain and abroad.

Baroness Uddin has been long campaigning for the increase of the skills of Asian women living in Britain. She created the first purpose-built education and training centre for Asian women in the UK in 1999. In 2005 she was selected by Tony Blair to be part of a delegation to tackle extremism. In 2008 she was made the chairwoman of the ethnic minority women's taskforce. In 2009 she was nominated for the shortlist of female Peer of the Year at the Women in Public Life Awards.