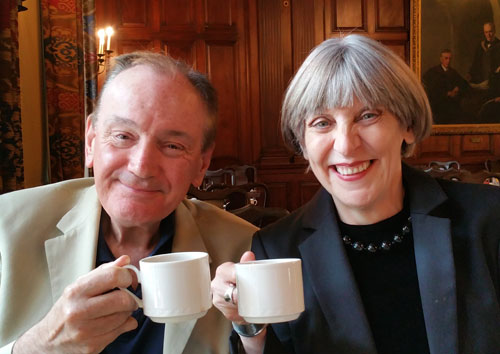 Lynne Bateson was from a poor northern British family. She was a sickly child who missed much schooling, yet she became an award-winning journalist and national newspaper executive in London. She is in Debrett's People of Today which lists British people of influence and has fulfilled her childhood dream of living in the USA as a permanent resident under the Department of Homeland Security's classification "alien of extraordinary ability". She has dual nationality and is currently based in Pasadena, California.

Lynne relishes discovering what people want to say and helping them say it clearly with passion and punch. She takes pride in explaining complicated concepts simply, without patronizing the ignorant, or irritating the informed.

She has worked for many UK national Fleet Street titles, often managing intense and fast change. She has been a top executive, Managing Editor, columnist, section head, and reporter and has done most kinds of journalism, including financial and consumer. Her last staff job in the UK was as editorials and comment writer on two national newspapers the Daily Express and the Sunday Express, which had a combined readership of four million.

She freelances for British national newspapers, gives strategic advice to international companies and consultancies, conducts corporate brainstorming and media-trains leaders. If that wasn't enough, Lynne has co-written a screenplay for an animated cartoon and collaborated on books about comedy and psychotherapy. She also writes and performs stand-up comedy and know lots about the paranormal.